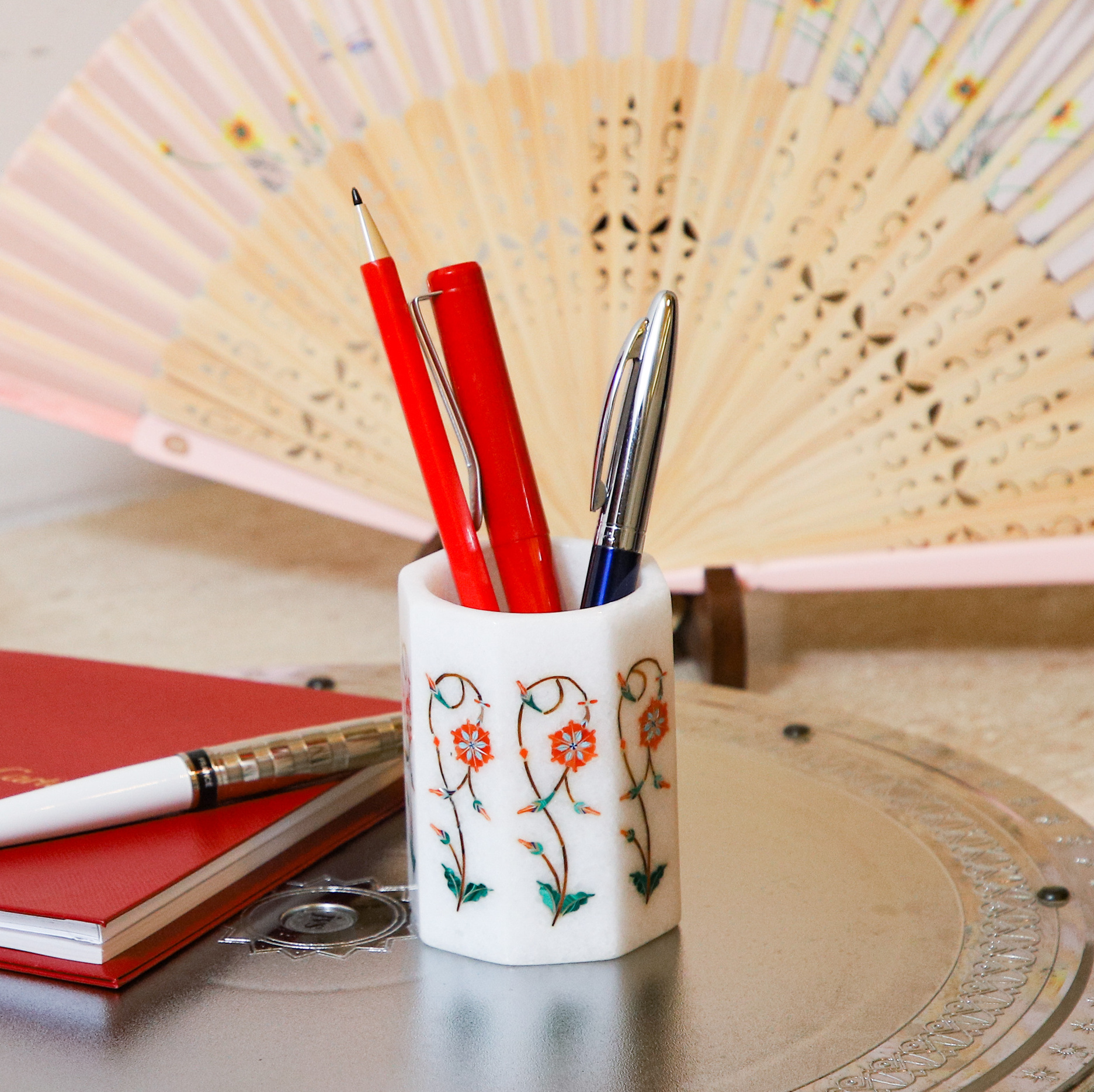 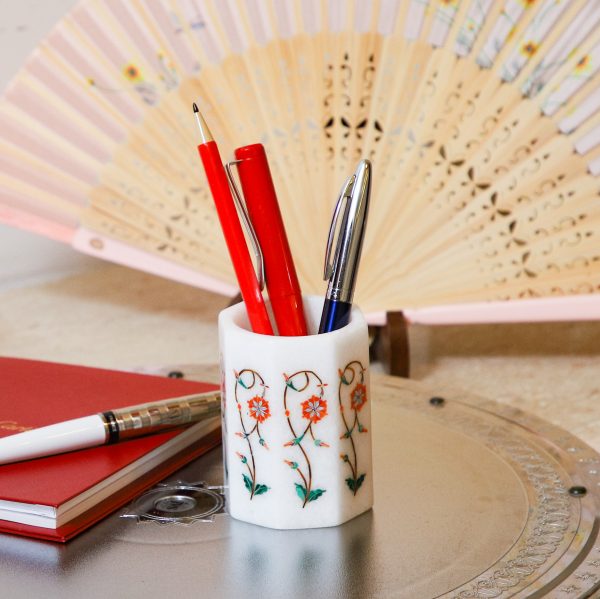 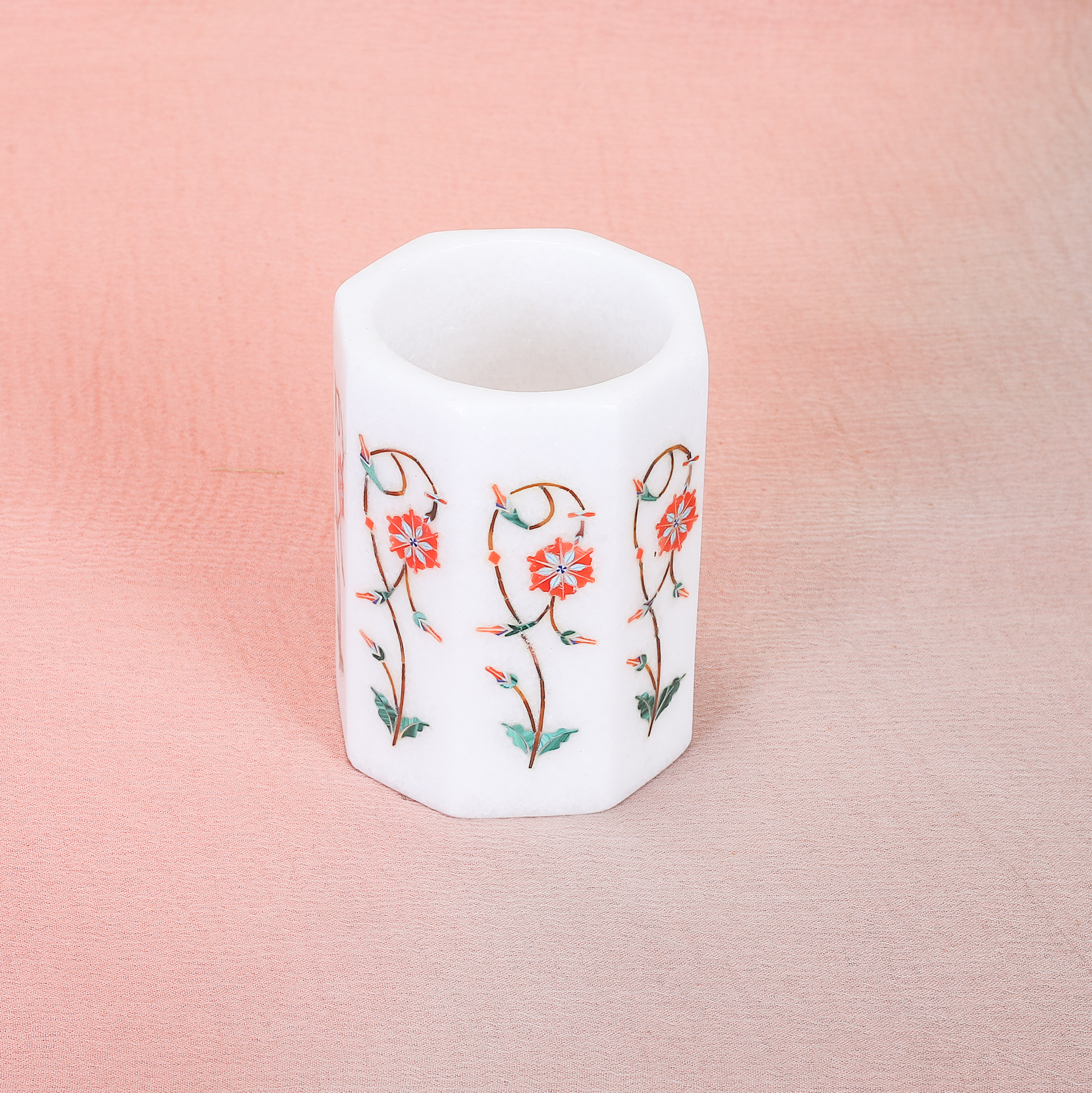 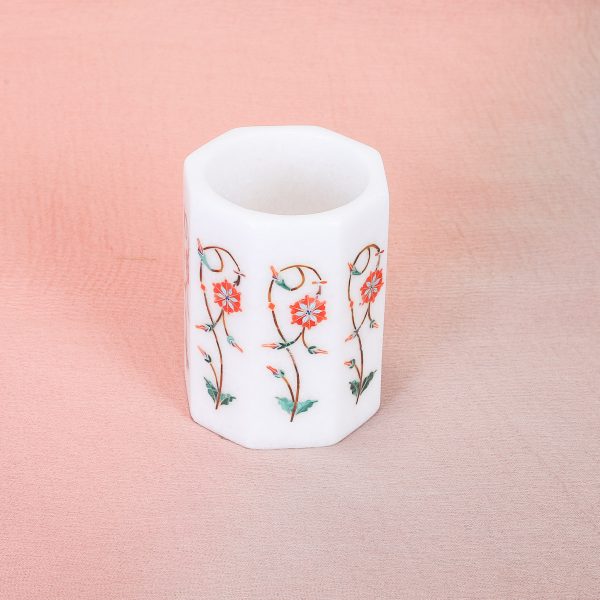 Have that beautiful pen? This holder is for that pen. It is made of a single block of marble and inlaid primarily with red coral. This is a unique penholder and is sure to increase the sophistication level of your work from home office. As an additional bonus, it is heavy and won’t tip off easily and can be used a a paperweight.

How it’s made:
The semi-precious stones are sourced from all over the world, cut in precise patterns and then inlaid by hand into the marble surface. This handicraft artform is called Parchinkari and is found only in the city of Agra, India. It is inspired partly by the Italian artform of Pietra-Dura (stone inlaid in stone). It has strong ties to the Taj Mahal in India where this art is depicted in copious amounts on the main gate and especially on the cenotaphs of the Mughal Emperor Shah Jahan and Empress Mumtaz Mahal.

Do you have further questions about this product?Email us 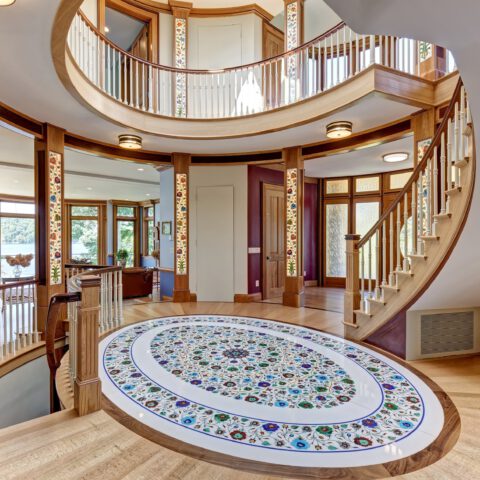 Products we think you will love

This website uses cookies so that we can provide you with the best user experience possible. Cookie information is stored in your browser and performs functions such as recognising you when you return to our website and helping our team to understand which sections of the website you find most interesting and useful.

Strictly Necessary Cookie should be enabled at all times so that we can save your preferences for cookie settings.

If you disable this cookie, we will not be able to save your preferences. This means that every time you visit this website you will need to enable or disable cookies again.