History of the Taj

Taj Mahal, a love story in marble, is one of the wonders of the architectural world.

It was built by the Mughal emperor Shah Jahan as the final resting place for his beloved departed wife, Mumtaz Mahal. Not only is the Taj an architectural marvel with respect to its strict symmetry followed everywhere in the complex, but it's also one of the most beautiful buildings ever built. Its iridescent white marble changes color according to the sunlight and its parchinkari work, which depicts the flowers of heaven, is breathtaking. 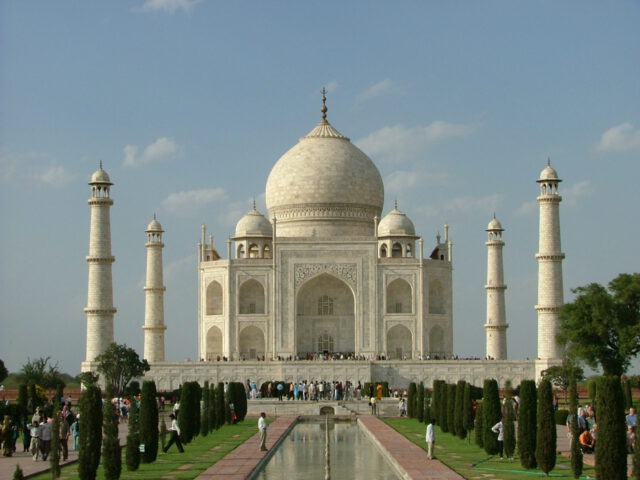 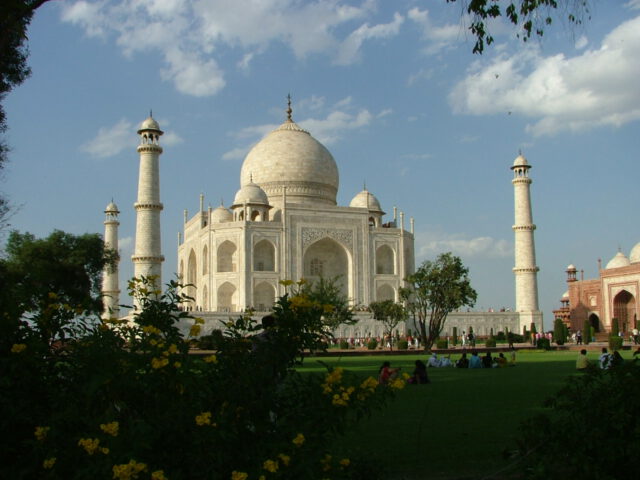 The Mughal dynasty in India started with the invasion of Babur in 1526 A.D., a descendent of Timur (also known as Timurlane). The Mughals were originally Mongols and also related to Genghis Khan. The fifth king in the generation of Mughals was Shah Jahan. His full name was Shahanshah Shahab-ud-din Muhammad Shah Jahan I. He was born in 1592 and died in 1666 at the age of 74. He is considered to be one of the greatest Mughal emperors. His reign has been called the Golden Age of the Mughals and one of the most prosperous ages of the Indian civilization.

He built the beautiful mausoleum ,the Taj Mahal for his beloved wife, Mumtaz Mahal, whose name means “the chosen one of the palace”. Her real name was Arjumand Banu Begum and she was the niece of Nur jahan (Wife of Jahangir, Shah Jahan’s father). This was a special name bestowed upon her by Shah Jahan after their marriage in 1612 A.D.. She stood by the emperor’s side not only as a wife but also as an advisor, a confidante and a friend for 19 years. None of the emperor’s consorts could rival his affection for her. 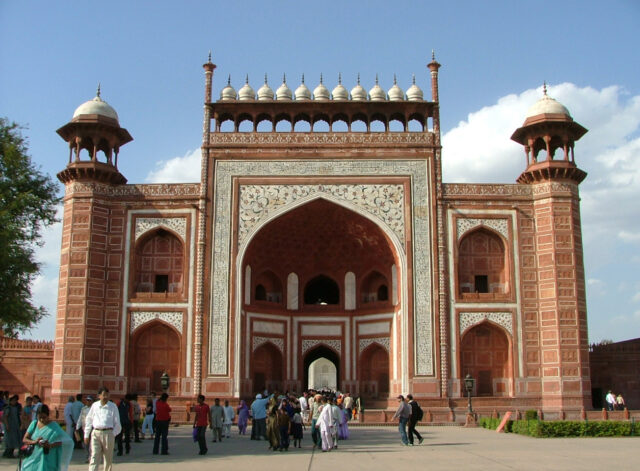 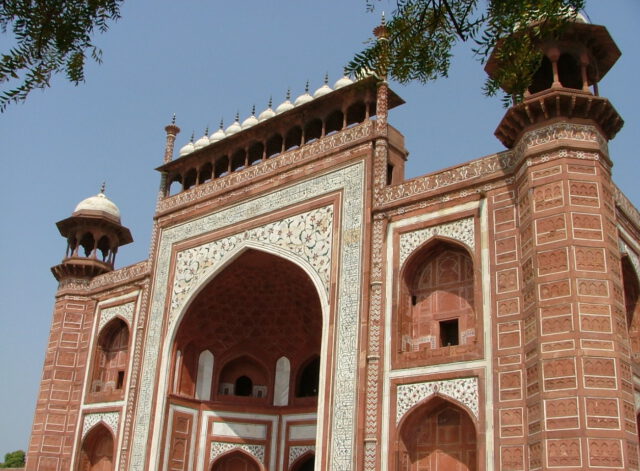 Main gate of The Taj during the afternoon

She bore him 14 children, out of which only 7 survived and she passed away giving birth to her fourteenth child in Burhanpur in 1631. Torn by her death, Shah Jahan immediately began construction of a mausoleum in Agra in 1632. It was to be unlike any monument the world had ever seen. The construction finally finished in 1653, taking a total of 21 odd years to complete a magnificent monument with a love story at its heart. There were 22000 artisans engaged in building the Taj which explains the sheer magnificence of the building.

Unlike the other buildings during the times of the Mughals in red sandstone, Shah Jahan decided to build this building with the finest grade of white marble. The marble was obtained from a quarry situated in Makrana, a small city in Rajasthan, a state of India. It is about 340 kms from Agra. But just plain white marble was not used in its construction, the marble was inlaid with precious and semi-precious stones like lapis lazuli, turquoise, jasper, chalcedony, coral, onyx, jade, amethyst, green beryl or emerald. These precious and semi-precious stones form a mosaic of flowers, leaves and geometrical patterns both outside and inside of the Taj. 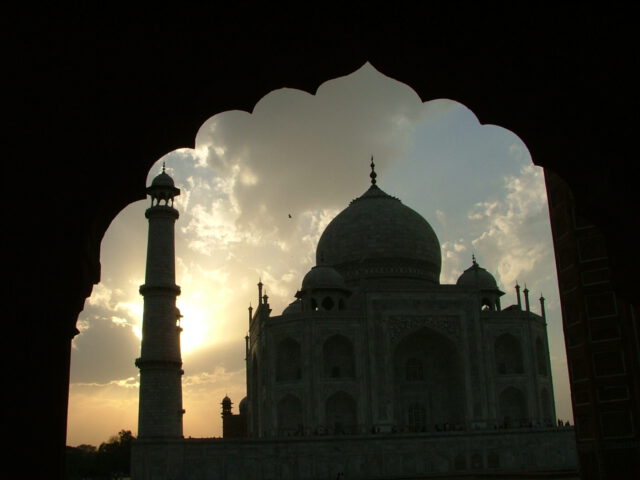 Taj Mahal at sunset
This particular form of mosaic work is called parchinkari. It is an amalgamation of the Persian, Italian and the Indian artform of pietra dura. Pietra dura is an Italian artform which originated in Florence in the 16th century. It involves inlaying stone upon stone to create a mosaic work which looks like a painting. Hence, the inlayed flowers in the Taj Mahal look like paintings. Mumtaz and Shah Jahan were both buried at the centre of the building with both their cenotaphs studded with semi-precious and precious stones. This symbol of love has withstood the test of time for more than 350 years on the banks of the river Yamuna and it will serve as an eternal resting place for both Mumtaz Mahal and Shah Jahan for centuries to come.

This website uses cookies so that we can provide you with the best user experience possible. Cookie information is stored in your browser and performs functions such as recognising you when you return to our website and helping our team to understand which sections of the website you find most interesting and useful.

Strictly Necessary Cookie should be enabled at all times so that we can save your preferences for cookie settings.

If you disable this cookie, we will not be able to save your preferences. This means that every time you visit this website you will need to enable or disable cookies again.